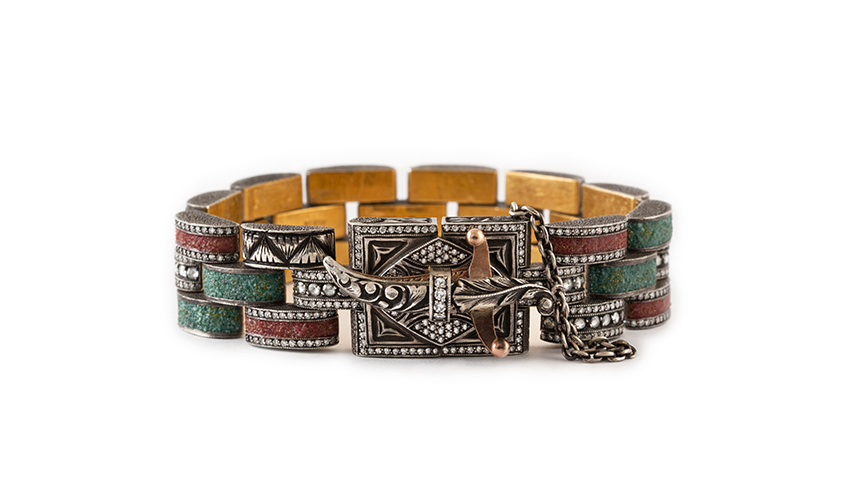 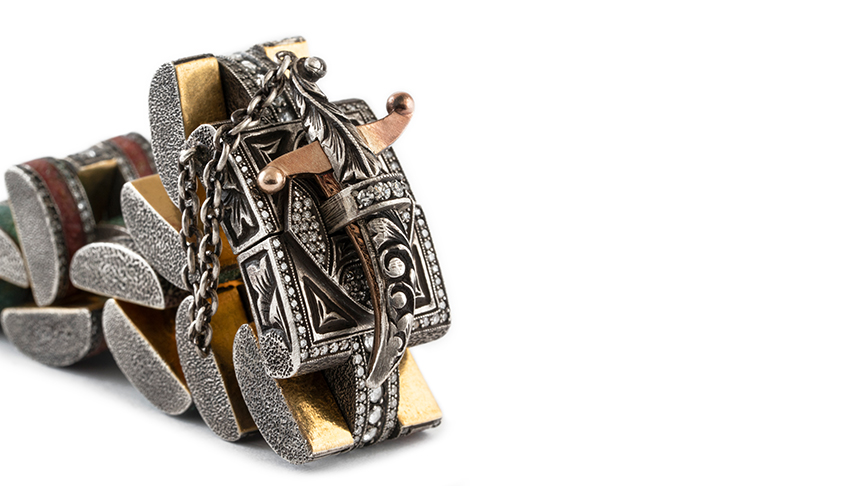 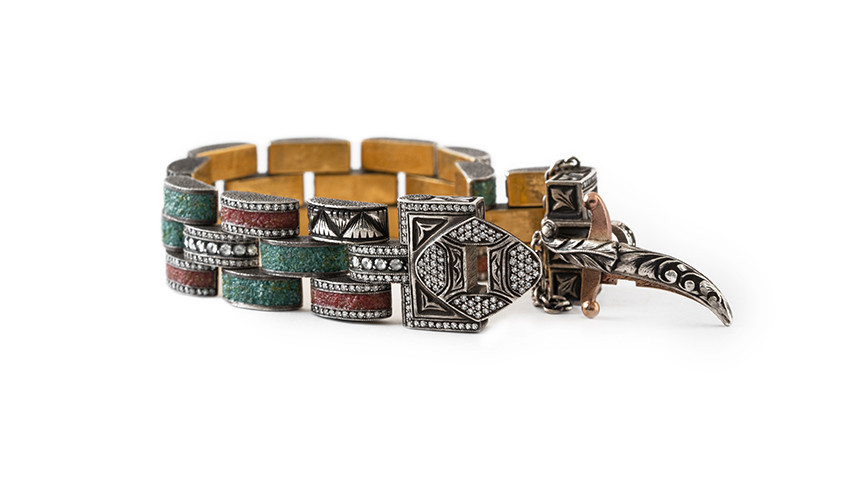 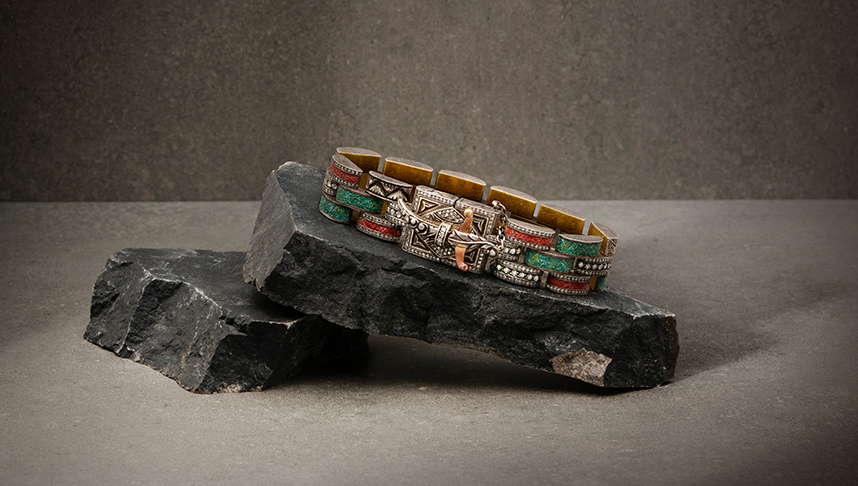 Bracelet of gold, silver, a diverse array of diamond cuts, and mosaic of green agate and carnelian tesserae.

Time itself once became tainted by hatred and despondency as it advanced rapidly towards the greatest war in history. Roads covered with the tracks of tanks mobilized toward the front lines. But then, those same tracks inspire a style of bracelet later regarded as a classic of "Retro Age" jewelry. Sevan Bıçakçı wants to transform the meaning of tank track-inspired bracelets and turn them into positive through engravings of colored mosaic gardens, diamonds and inherited patterns. All in the hope that they never again turn into rubble under tread.

OTHER BRACELETS IN THE COLLECTION 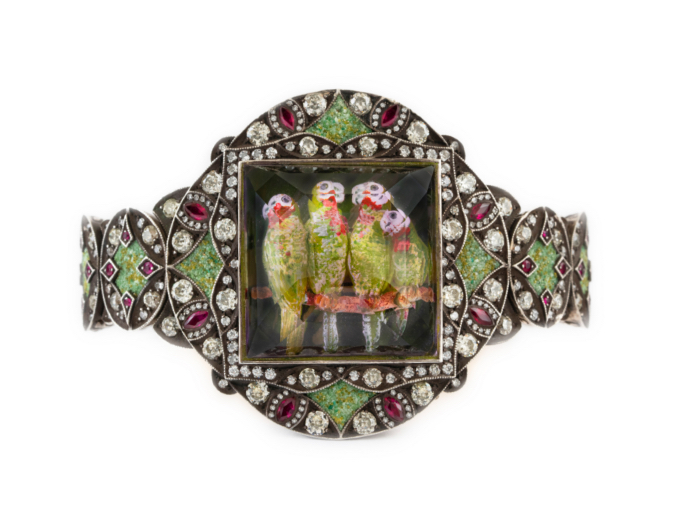 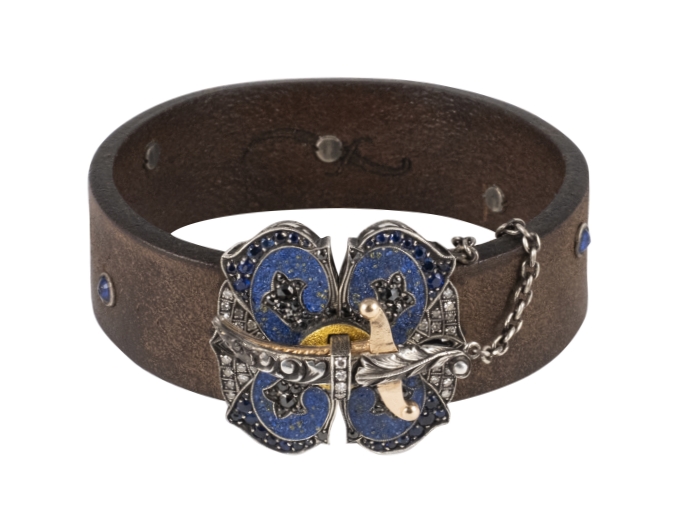 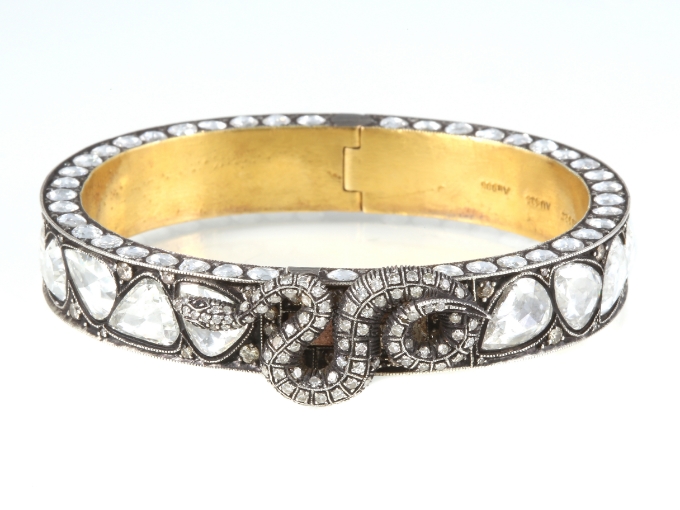 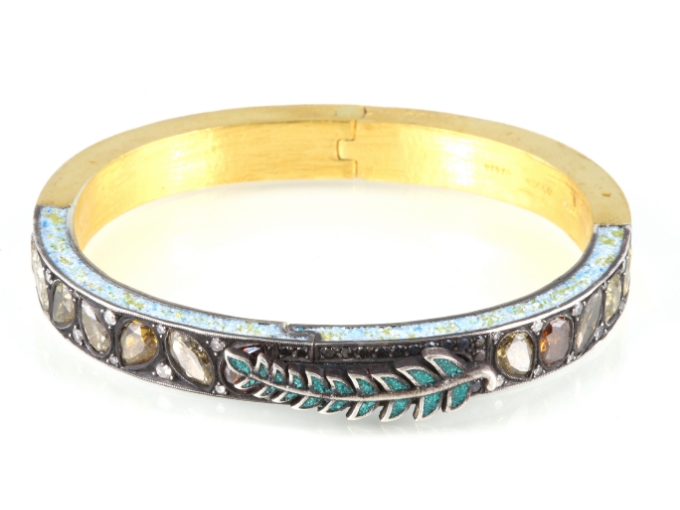 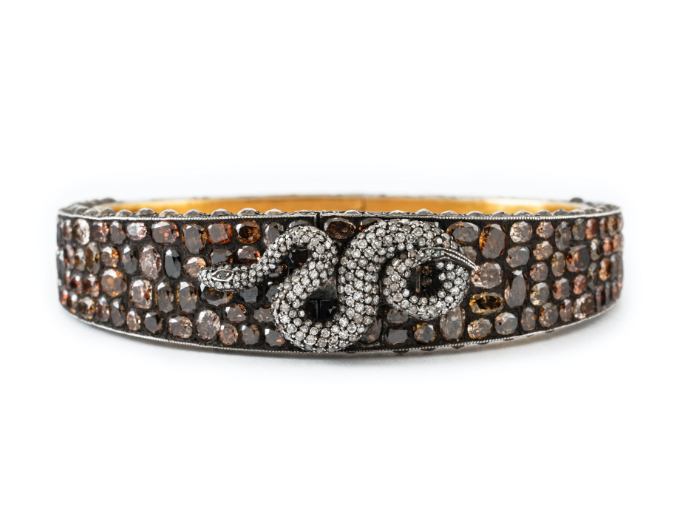 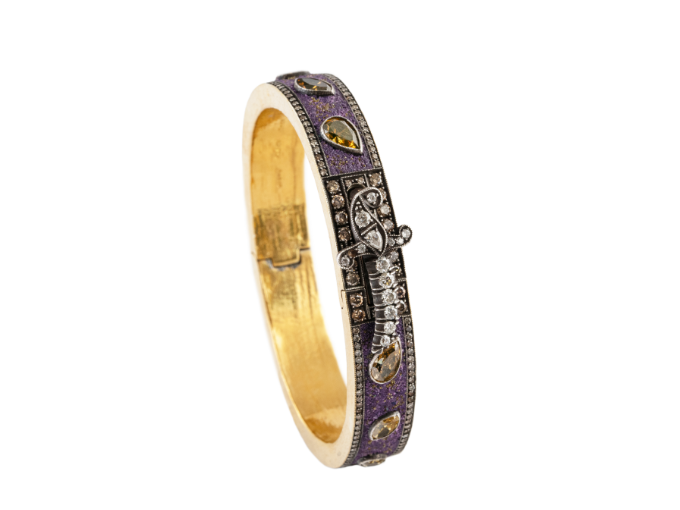 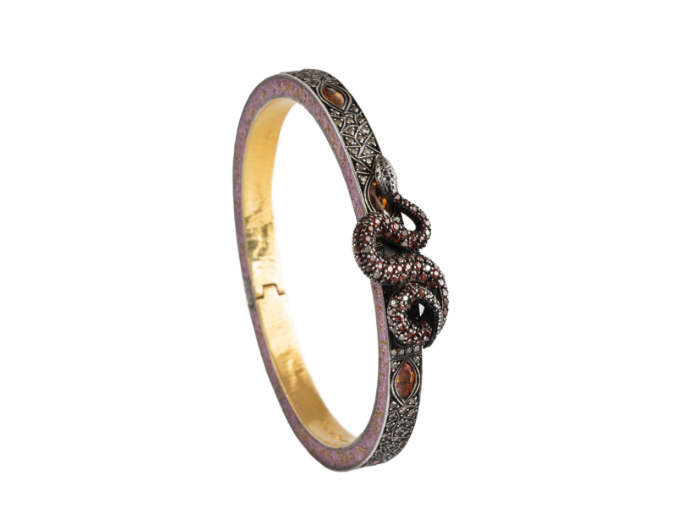 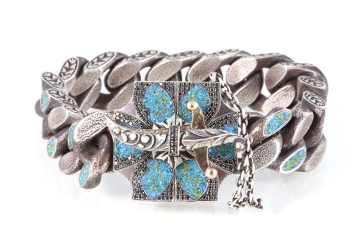