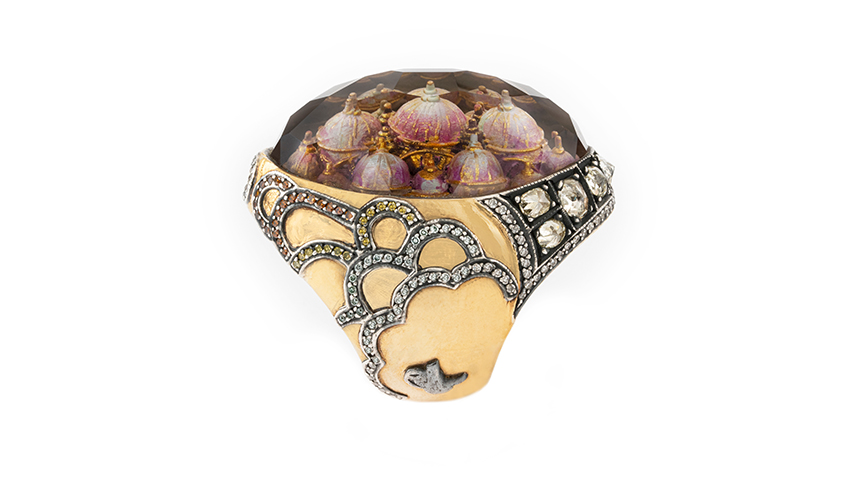 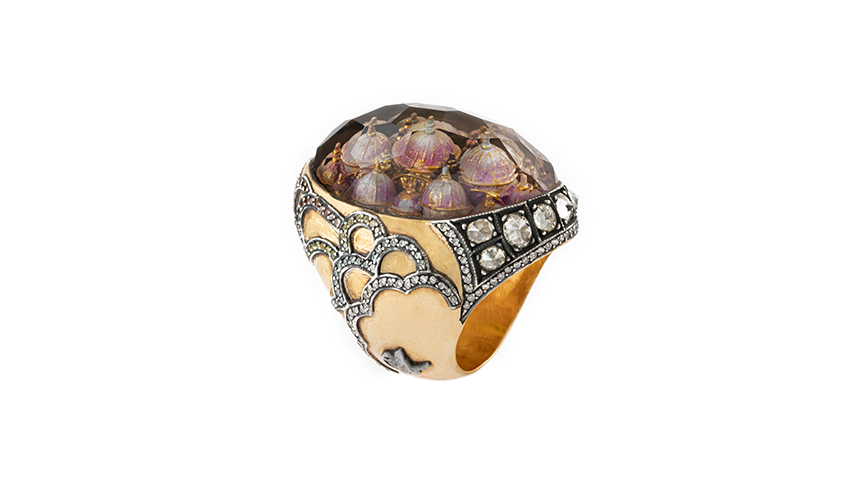 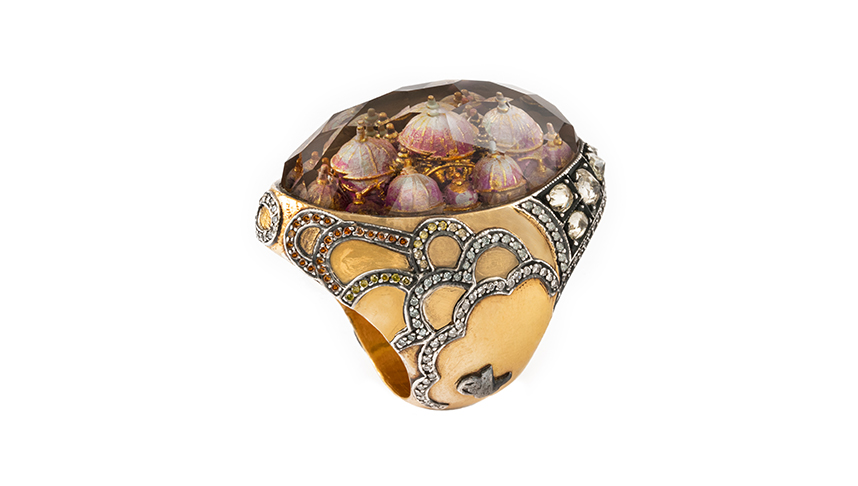 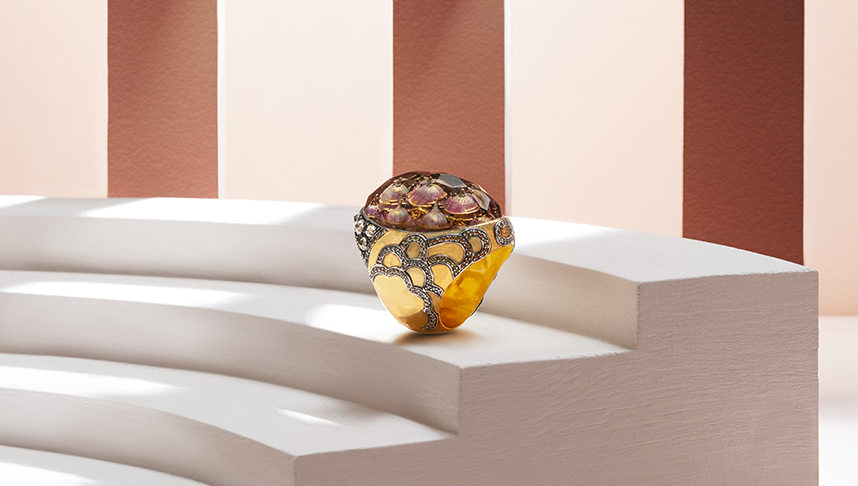 Ring of gold, silver, diamonds, and a rock crystal with reversely engraved intaglio of domed architecture.

It's the year 532 and the Byzantine emperor Justinian is thinking of Solomon's Temple in Jerusalem. He has decided to build an edifice even more full of wisdom and beauty. A work so mysterious and magnificent that nobody would ever have the heart to destroy it. Many Ottoman architects would try to surpass his masterpiece, building remarkable structures all over the empire, all domed just like Justinian's Hagia Sophia. Centuries later, they would inspire Sevan Bıçakçı’s rings. 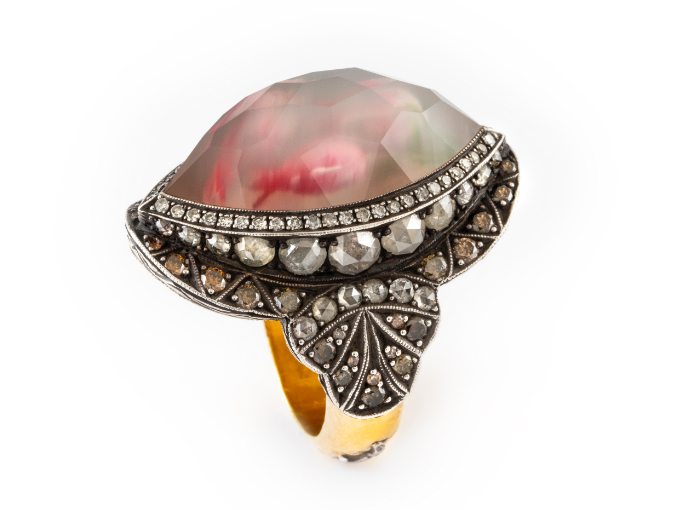 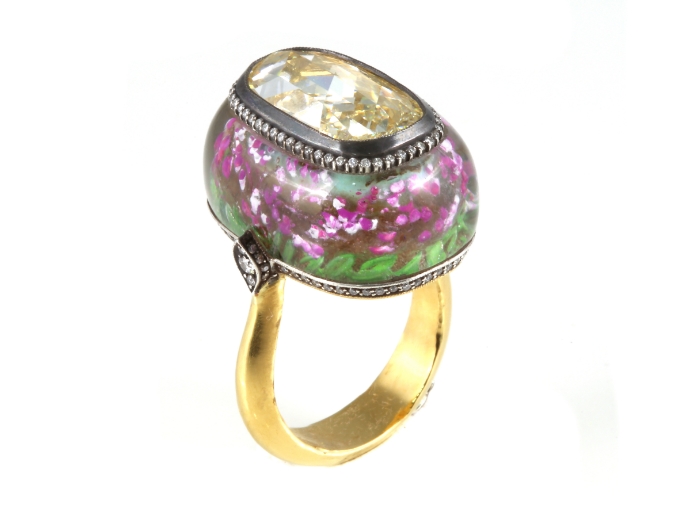 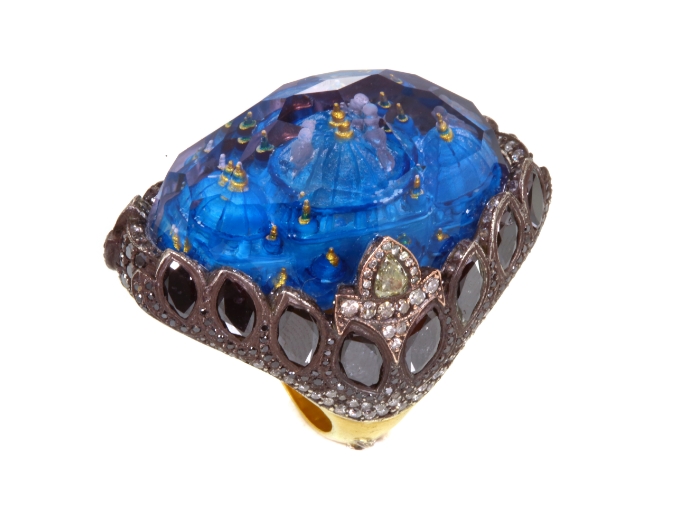 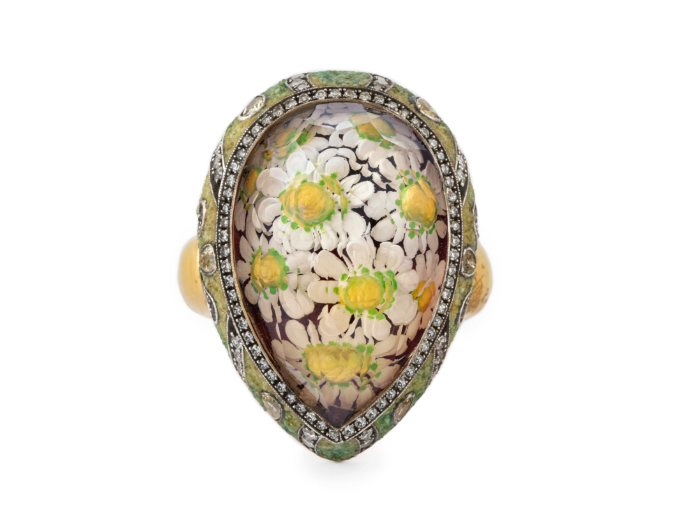 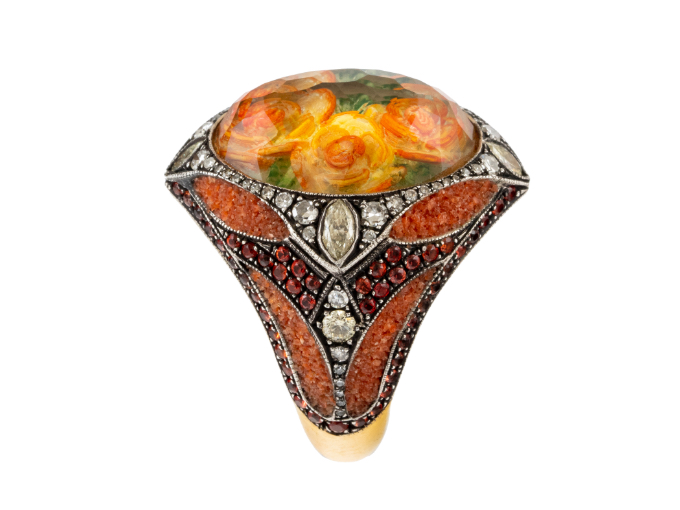 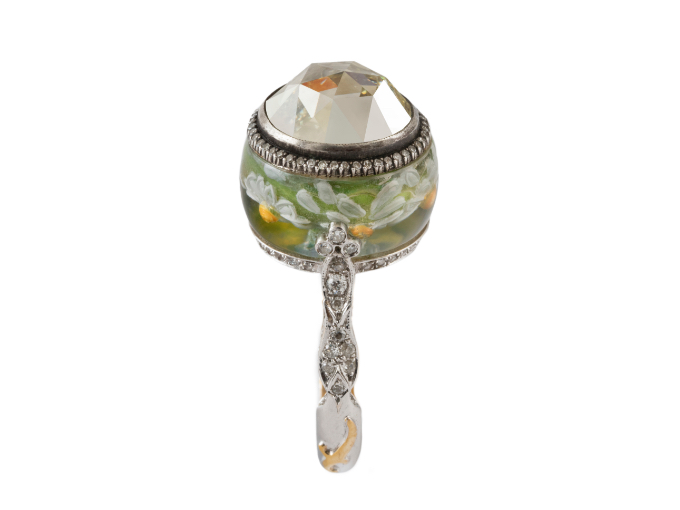 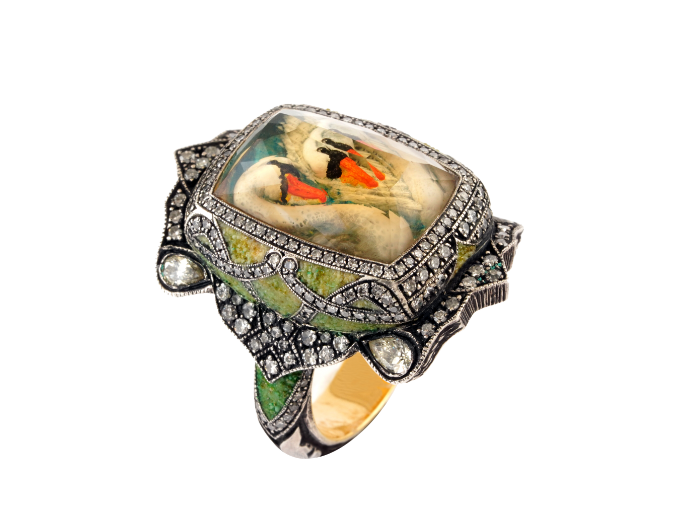